Mez’ had an extremely traumatic childhood and he spent his early adult life behind bars. God sent a faithful Christian into Mez’s life to love him and share the gospel with him. Mez turned to Christ and now he’s passionate about pursuing marginalized people in society with the love of Jesus.

Mez describes the extremely dysfunctional family from which he came and how he was abandoned in a box as a two-year-old. He lived in over 30 homes and shelters until ending up on the streets as a teenager. Mez became a drug user aged 12, then becoming a drug dealer by his later teenage years. Mez’ choices resulted in his imprisonment in a maximum-security prison.

While living on the streets, Mez was approached by Christians who shared the gospel with him. At the time Mez responded with hostility. However, while in prison one of the same Christians offered Mez a home to go to for his parole. It was in this Christian home, reading the Bible and Bible commentaries, where Mez accepted he was a sinner and turned to Christ.

God has radically changed Mez’ life. He went to Bible college and got married. God has also given him a heart to reach the most socially excluded groups in society with the Gospel. Mez has set up a church in Northern Brazil among prostitutes and street children. He has also started a church in one of the most economically deprived areas of Scotland. His desire is to train up others to take the Gospel to people living in extreme poverty.

Mez’ story was produced by Together for the Gospel (T4G).

Tricia shares how she grew up in a Christian home but pushed spiritual things away as a young adult. She talks about having a successful life with a good career and marriage. However, her world got turned upside down when her dad died, and her grandpa died shortly afterwards. Tricia’s life started to spiral out of control because of her anxious thoughts and it heavily impacted her marriage. God used this crisis situation to draw her back to church. She heard the gospel and trusted in Jesus for the removal of her sins. Tricia shares how freeing it was to accept Jesus as her Lord and Savior. Now she turns to Jesus when she feels worried and He gives her rest.

Jodi describes growing up around the gospel without ever really understanding it. She encountered tragedy when her dad died, and her grandma’s health deteriorated to the point that she couldn’t recognise family. Jodi was struck by how close her grandma was to Jesus, and her certainty about heaven. God showed Jodi that she didn’t know how to get to heaven. After completing a Bible study Jody believed the gospel and placed her faith in Christ. Now she knows she has eternal life.

Scott describes how we grew up going to church and learning about all the stories in the Bible. He talks about how he lived a Christian life but he didn’t really understand it. As an adult, he stopped caring about church and wasn’t interested in Jesus. God worked through his dying grandma to make Scott think about eternity. Following attendance at a new church and study group, Scott finally understood the gospel and placed his faith in Jesus. He knows that one day he will be reunited with his grandma in heaven.

Jess says she was a liberal and grew up in a home where all religion was shunned. At age 16, Jess attended a church and found identity, love and acceptance. Jess talks about her new identity in Christ as a result of believing in Him. She talks about the ways God has changed her and refined her. Jess has not had the support of her family as a Christian, but she clings to her true identity as a child of God. 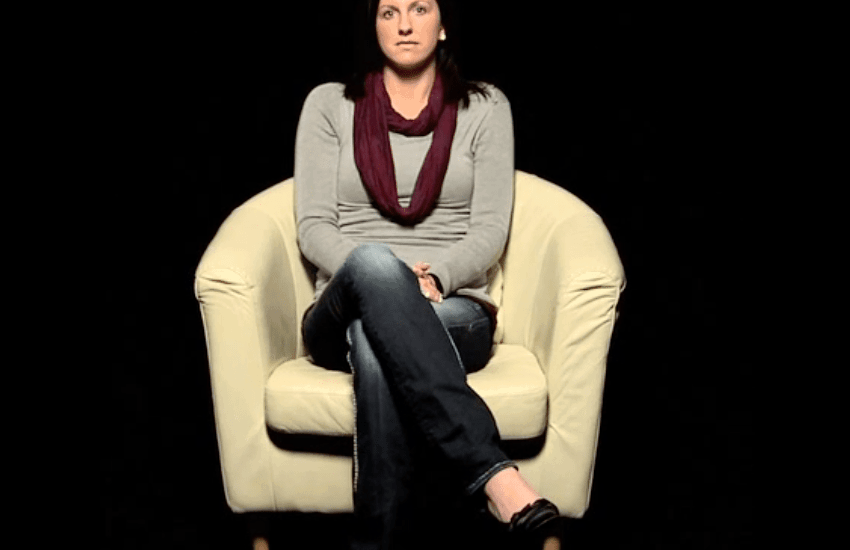 Jamie describes a stable upbringing, but life for her changed after she got involved in an unhealthy adult relationship. She turned away from her parents and lived in very challenging circumstances with her boyfriend and his family. Jamie shares the hardships and verbal abuse she suffered, including the pressure to have an abortion by her partner. Jamie’s parents helped her and shortly afterwards, Jamie received Jesus Christ as her Lord and Savior. She is thankful for God’s forgiveness and cares that other women who had abortions know that God offers them forgiveness too.

Nathan shares how he was afraid of going to hell and he prayed a prayer for God to save him. But he shares how he was still hard hearted towards God. His fake Christian life became real when God convicted Nathan of his sins and Nathan geniunely turned to Jesus and accepted him as his Lord and Savior. Nathan describes the pain and questions he has about loosing his younger brother in a freak accident. But God has also given Nathan a peace about the tragedy and knows that in the fullness of time, he will understand.

Ali shares how she was not very aware of spiritual things until she met her husband. She shares how God used the death of her father-in-law, to draw her closer to Him. Ali trusted in Jesus for the removal of her sins. Ali describes her sadness at experiencing the miscarriage of her first child, and also the challenges of prioritizing time with God as a young mother. She describes God’s faithfulness, unchangingness, and loving kindness to her.

Betty shares how she grew up in a dysfunctional home, and clung to an older sister. Her beloved sister was killed in a car accident while Betty was still school age. Betty suddenly had lots of questions about spiritual things. She attended a church and believed the gospel. Betty talks about her adult life as a missionary. The amazing ways she has seen God work, and also the personal challenges. Betty talks about struggling with complete burnout, and how God has used this to bring her back to experiencing His love for her.

Ben was looking for self-worth and identity in all the wrong places. He describes a worldly lifestyle, involving materialism, alcohol, and women. Ben experienced depression, as several difficult events happened in his life. One day, he met a woman in a bar who asked him if he believed in God. That led Ben on a journey of spiritual discovery. Ben heard the gospel and believed that Jesus died for him. He now holds fast to his true identity in Christ. Ben married that woman in the bar and now they have a family.